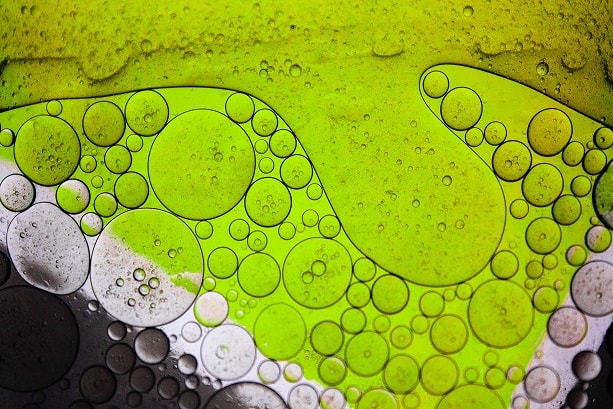 Algae biodiesel has been gaining more attention in recent years as a renewable energy source. This is due to the fact that algae-based biofuels may provide an alternative to traditional fossil fuels, and can help reduce emissions of carbon dioxide (CO2). Microalgae is a particularly attractive source of biofuel because of its high oil content and rapid growth rate. Algae can produce up to five times more oil per acre than other leading sources of biofuel, such as soybeans or rapeseed. Additionally, algae grows much faster than other crops. This makes algae biofuel more efficient to produce when compared to other sources of biofuel.

The process for producing algae biodiesel is quite simple and straightforward. Researchers grow algae in large open ponds that are rich in nitrogen and phosphates. As the algae grow and multiply in the pond, they absorb CO2 from the air and release oxygen into the atmosphere. The algae are then harvested using a centrifugation process that separates the algae from the liquid it has been growing in. This leaves behind a biomass containing oils called triglycerides used in biodiesel production. The triglycerides are then broken down into glycerol and fatty acids through transesterification. Blended with ethanol or methanol it makes a fuel suitable for vehicles or generators.

The U.S. Department of Energy pursued commercial production of algal biofuel through its Algal Systems Program (ASP) from the 1980s to 1990s. It concluded that algal biofuel production needed to be more cost-efficient to commercialize. Therefore, the DOE recommended that the prices of biofuel must increase for it to be commercially viable. Due to lack of commercial feasibility the ASP program fell over in the 1990s.

However, this is not just the domain of the “big boys”. David Sieg has developed production systems and written many publications demonstrating methods to make Algae Biodiesel and Biofuels at home.