Barton Transport Gas Buses are not gasfier buses, as the gas used was ‘town gas’ or that made from coal.

Barton Transport was a British bus company based in Chilwell, Nottinghamshire in United Kingdom. It began in 1908 with operations sold to Wellglade (the owner of Trent Buses) in 1989, and the combined operations later became Trent Barton.

During World War I, the bus fleet transported workers to and from the National Shell Filling Factory, Chilwell. Also during the War, Barton pioneered the use of town gas as fuel, converting the whole fleet to run on it. The gas was stored in a large “bag” on the roof of the bus, and the company also manufactured these bags for sale to other operators. 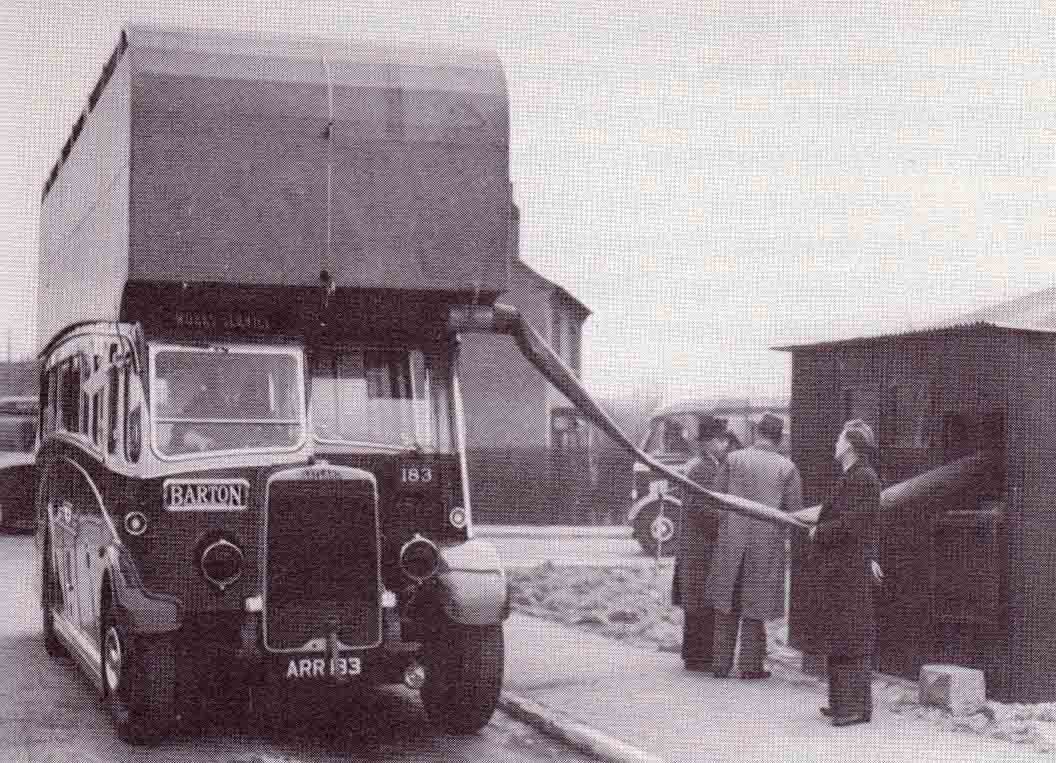