A preclude to the gas taxi, horse drawn hackney carriages for-hire were available in Paris and London in the early 17th century. According to Wikki, the first public hackney coach for hire began in London in 1605. In 1625 carriages were  available for hire from innkeepers in London and the first taxi rank was on the Strand outside the Maypole Inn in 1636.  In 1635 the Hackney Carriage Act was passed by Parliament to legalise horse-drawn carriages for hire. 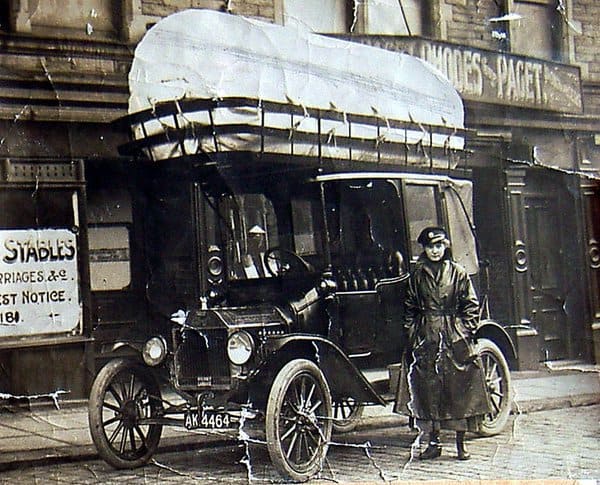 A 1920s coal-gas powered cab operated by John Lee Automobile Engineers in Keighley, England. The bag on top of the taxi stored enough fuel for 15 miles of driving. (courtesy of taxi-library.org) 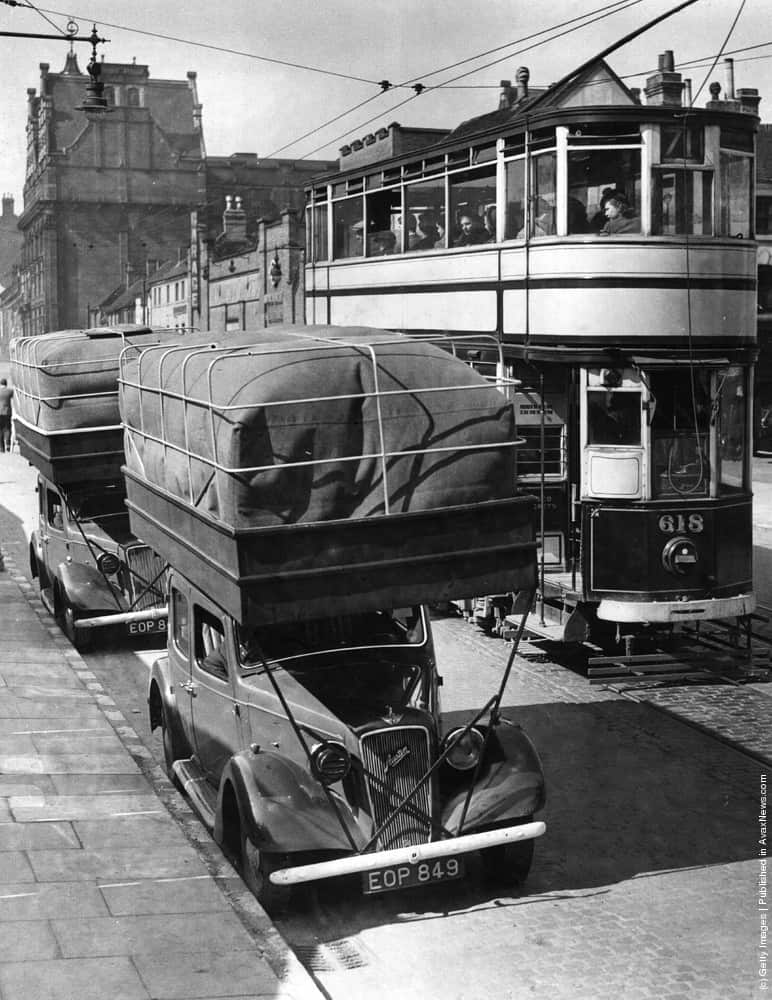 The gas bags on the roofs of the taxi apparently lasted about 15 to 20 miles without a refill. A strong gust of wind would provide a rocky ride one imagines. (A J O’Brien / Fox Photos / Getty Images 24 April 1940)]