Although some of the companies listed here manufacturer smaller systems around 30kW that could be placed on the ‘Gasifier Kits’ page they all have the claimed capacity to develop large scale gasification plants. 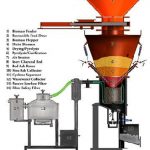 Ankur Scientific Energy Technology is based in India and makes a range of gasifier units from 40kW through to 500kW . They offer two types of gasifier systems. The WBG series is meant for firewood, wood waste or other wood-like materials. The FBG series is meant for fine biomass materials like rice husks. Combination systems that can use either biomass are also available, although the the two kinds of biomass cannot be used at the same time. 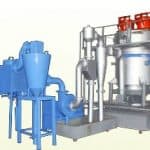 Manglam Biomass Gasifiers manufacturers various models of  both up-draft and down-draft Biomass Gasifier Systems. The company is located in Jaipur, Rajasthan, India. The producer gas produced by Gasifier can be combusted in specially designed burners to replace of fossil fuels like L.D.O./F.O./CNG/LPG/Diesel/CNG. 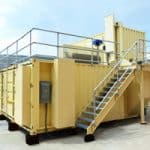 BioMax Modular Bioenergy System. CPC is a wholly-owned subsidiary of the Afognak Native Corporation and is the world’s leading small modular biopower corporation. Its headquarters are in Littleton, Colorado. The BioMax® is a modular, fully automated, factory-built renewable energy system that converts biomass to a renewable energy syngas consisting mainly of hydrogen, carbon monoxide, small amounts of methane and some nitrogen. CPC’s modular BioMax® systems are available in power blocks of 25 and 100 kWe and can deliver substantially more electric power and heat when installed in multiples. 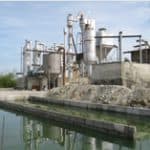 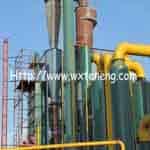 Wuxi Teneng Power Machinery Co Ltd. is located in Wuxi City Jiangsu Province, which is a city on the Yangtze River between Suzhou and Nanjing half way between the cities of Shanghai and Nanjing. The company was founded in 1986 and manufactures biomass and coal large scale gasification equipment, gas generator sets and other biomass treatment systems. The company claims to cover everything from manufacture through to installation, debugging, training, maintenance and technical advice. Systems for CHP, or simply power are available utilising a range of feedstocks such as: rice husks, wood waste, straw and chicken manure. 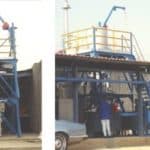 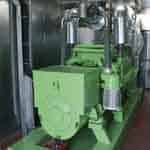 Mothermik is a medium-sized company autonomous from suppliers or other interests and soley focussed on wood electrification systems. The Mothermik® Wood Electrification Installation is claimed to be fully automatic with a wood logistic system that is also automated. The system is available in modulear construction with 1, 2 or 4 modules, each being 250 kW.