The Ronaldson Tippett Gas Producer was made by an Australian firm called Ronaldson Bros & Tippett Pty Ltd. They were a manufacturer of Agricultural machinery, oil engines and for a short period in the 1930s tractors. The company was founded in 1905, and was taken over in 1970 by an Australian Holding corporation and closed down.

Promoted as working at “one quarter the cost of kerosine” this was a pretty big rural piece of equipment. In 1924, they produced the Ronaldson-Tippet 18-30 “Super Drive” tractor, along the lines of the American Illinois Super Drive tractor. The tractor featured on an imported 4 cylinder water cooled petrol/kerosene Wisconsin engine and initially many of the other components used were also imported. Later Ronaldson and Tippet developed a modified manifold that allowed their tractors to be run on light crude oil and a suction gas powered version, capable of running on waste timber or mallee roots. A total of around 450 Super Drive tractors were built before production ceased in 1939. 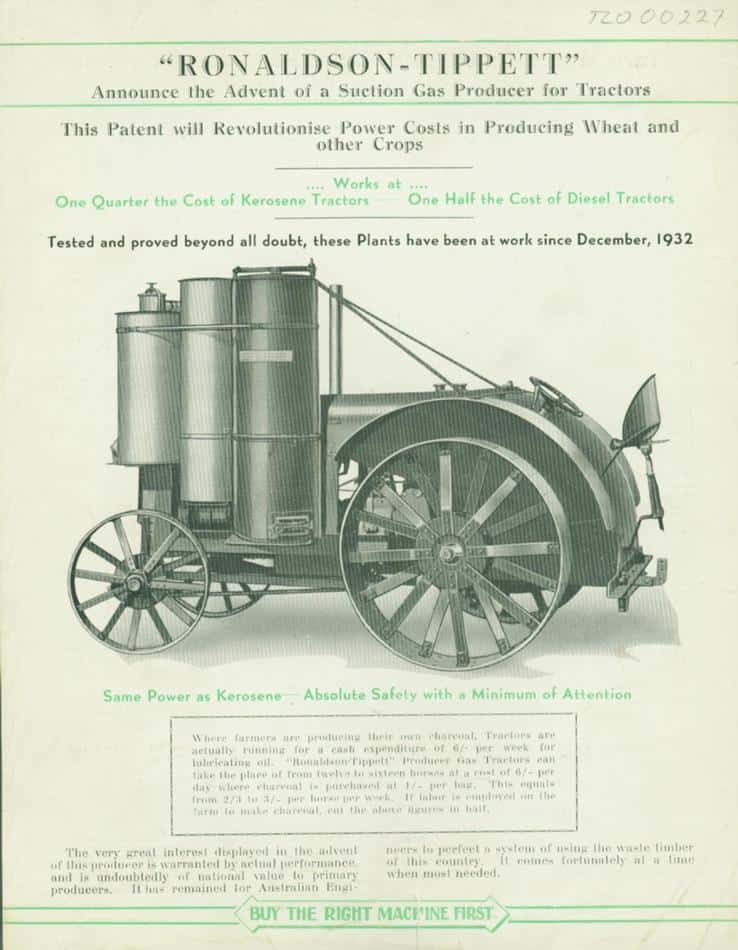