Welcome to Build A Gasifier

Welcome to Build A Gasifier

Build a Gasifier – This is not a one-way street we would like you to contribute… Do you have a community project? Could you provide a few words and some images, and we will include and publish to the world?

Over 30,000 people visit our site monthly, so broadcast your project Globally! 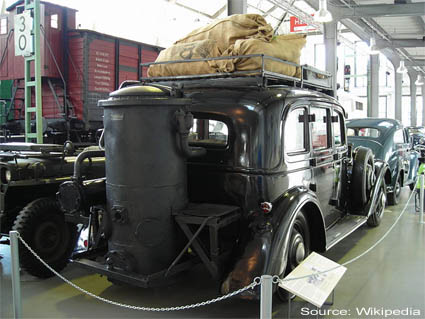 At the start of the 19th century, the gasification process was first developed with one key goal in mind: to create town gas for lighting and cooking. Despite this, as time went on, electricity and natural gas gradually replaced town gas. Nevertheless, since the 1920s, the process of gasification has been used to create a variety of synthetic chemicals and fuels.

Additionally, Bischof and Thomas Parker were pioneers in the field of wood gasification. In 1839, Bischof created the first wood gasifier, which enabled vehicles to be powered by wood gas. Subsequently, Parker crafted the first automobile that utilized this technology in 1901. These inventions became increasingly popular during World War II due to the significant shortages of fuel. In the U.S., an estimated one million vehicles ran on wood gas during this period.

During the difficult times of World War II, when petrol rationing was implemented in Australia, an astonishing 72,000 vehicles were retrofitted with gasifiers. Moreover, charcoal production to supply these gasifiers peaked at a staggering 20,000 tons per month. Ford in Australia worked with others to develop the Powell Gas Producer. There were many other manufacturers of gas producers like Electrolux, Rondalson Tippett, Kent,Wishart and even trailer mounted units

Build a Gasifier there is a significant resurgence and interest in wood gasifiers, particularly for fuel, heating and generating electricity. This website houses a great deal of information on this fascinating technology which you can download as PDFs. You can see some more pictures submitted by our Members here. Don’t forget to download the free FEMA Gasifier Plans.

Visit the sister site Build-A-Biogas-Plant.com, and I trust you enjoy both places.